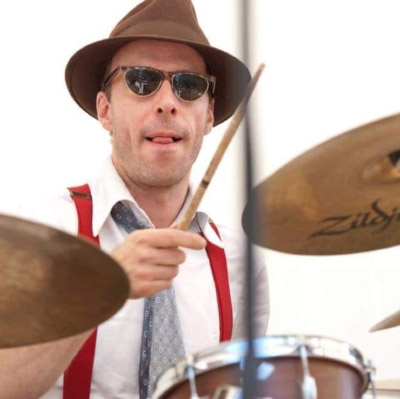 
Eduard is a very creative drummer and he plays the beat with precision. Steve Gadd has had a great influence on him. He considers Steve as one of his examples and hero drummer.

By playing much abroad he developed his own style of music. He has also worked with the band Hypnoclan (jazz-rock, afro beat) and produced studio work and theatre productions.

At this moment Eduard is drummer in the Robbert Fossen Band and Robert Smith & the Dynaflow. He is also doing gigs with Tail Dragger (USA), Mark 'Muleman' Massey (USA), Little Jimmy Reed (UK) and Super Chikan (USA) when they are in The Netherlands for there European tours.

Eduard's equipment is a Yamaha Custom and Zildjian basin. In his opinion he considers music as a language which everyone understands.